Check out our New Blast Room

Our oven is one of the largest in North America!

Check out our Gallery

We paint bike frames and wheels.

Check out some of the beautiful pictures of custom bike frames and wheels we've recently powder coated. 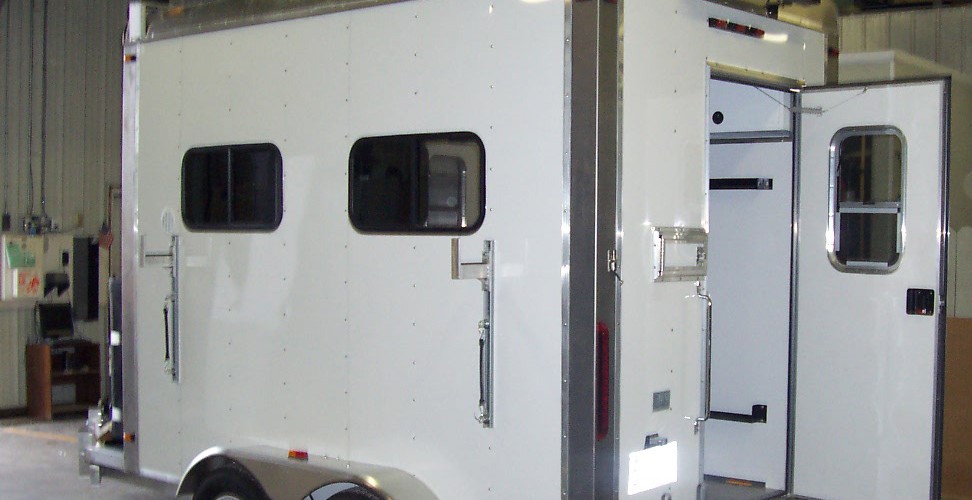 Take a look inside our work on this F.O.S.T. Trailer 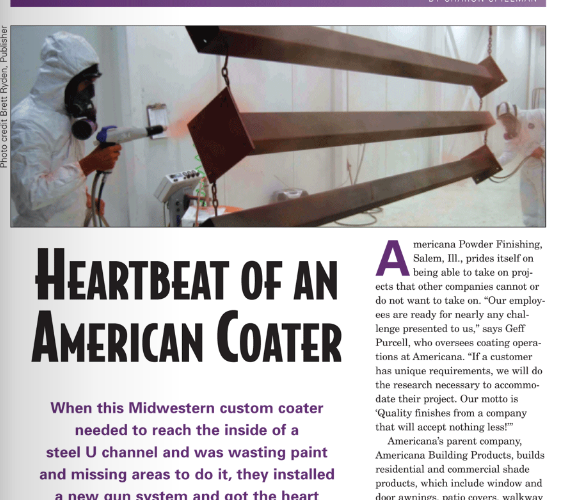 Heartbeat of an American Coater

Read our processes and how we custom coat mammoth propane transport tankers!

The bare back wall of the Salem Police Dispatch room has now been filled with a colorful steel sign marking the Police Department’s Communication Center. The round sign has 911 in the center and three segments containing the names police, fire and EMS.

Lead Telecommunicator Justin Draper came up with the sign idea.

“We had an anonymous donor donate some money so they gave me the go ahead to start the process on it. We approached Americana and when I asked for a quote they told me they would like to donate it instead.”

The Vice President of Operations Geff Purcell says they are very proud to support the police department and give back for what the department has done for Americana. He notes the process of finalizing the design utilized a recently added graphic artist and CAD Operator.

“Its kind of a neat use of the new equipment we’ve been integrating into the companies. We are doing a lot more sign type applications with some of our park type structures people are putting City of Salem or Bryan Park integrated into the park so kind of a neat feature of our new technology.”

The sign was officially hung in the telecommunications center in time for the start of Telecommunicator week.

Meanwhile, Purcell says American now has over 110 employees, with 90 of those in Salem.

Here are a few projects we have been doing in our liquid paint division. The pink one is a theme tank for […]

Here is a gyrocopter that was built by Bill Hammond. Bill flew helicopters in Vietnam and has a passion for building gyrocopters.  […]

Look at what the powder line has been doing.